This summit is one of those that are well documented by Phil, G4OBK on his blog :
http://catterblog.blogspot.be/2015/04/ea6ma-048-fumat-sota-activation.html

Then walking along the road away from the tunnel, find the entrance to the path at a sign that says "Finca Cala Murta".
The path is straight at first, then becomes a zig-zag donkey track, that can be shortened by several shortcuts. The final ascent to the summit is guided by several "stone men".

Fixing my fishing pole to the trig point was easy, using some bungee cords.

A rather cold wind on the summit made me forget it was mid May ... 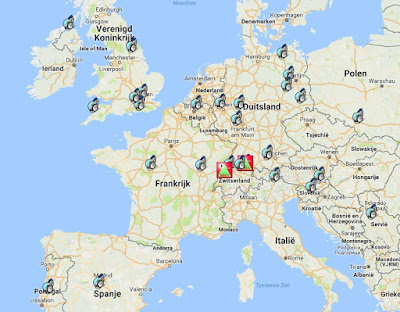 After another succesful activation, I drove the road to the end to visit the Far de Formentor, and then it was time for a second (and easy) summit that day.