At 08:35 I left my AirBnb place in Ay-sur-Moselle, and went looking for my first summit.
Since the renumbering of the FL/VO summits, nobody had activated this one yet, so here was my chance  to get a "first activation" ! I walked a while into the forest to set up, to be in the shade, and not to attract more attention than needed ... 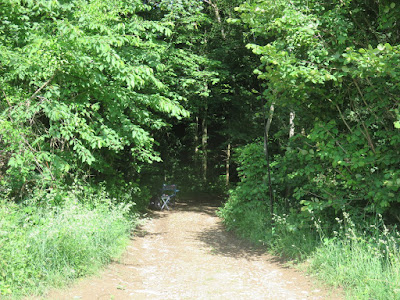 I got some problems setting up, the KX3 autotuner wouldn't tune ... strange.
I changed out the coax, even put a piece of random wire on a BNC-to-banana adapter to exclude a coax fault, nothing ! The SWR stayed high ... what could be wrong ?
After several restarts of the KX3, finally everything went back to normal. Very strange, and it never happened again on this trip ...
Is it a bad sign that I made also only 13 QSO's on this summit ?
Well, I didn't let it bother me too much, and went on to some very well known summits. 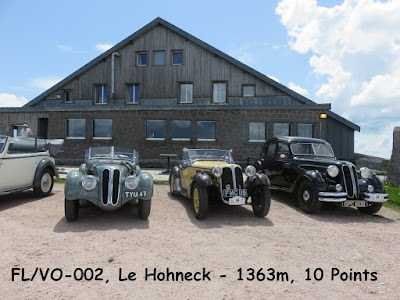 BUT OH WHAT A DIFFERENCE !

When I was here in 2017, I almost got blown off this summit and had to abandon the activation after just one qso (read that report here ). 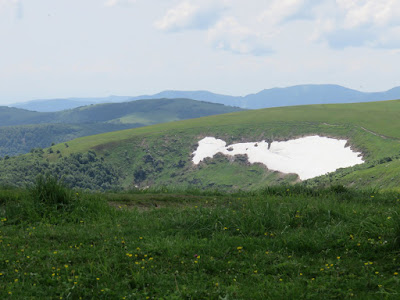 This time the weather was beautiful, which also meant a lot of visitors on the summit.

This included a group of very loud British people who thought that making noise on a French summit is a way of being "important". They belonged to a UK BMW Oldtimers club (http://bmwhistoricmotorclub.co.uk/ ).

They drove some really beautiful BMW's on a trip through the Vosges region. I did set up away from the central lookout point but not far enough as it would seem ...
I had to interrupt my activation when this group came to "admire the views" with a lot of commentary !
I guess the pints they had in the café before increased their "dB level" ... they were 59+++ , even using my  headphones ... I just couldn't hear the chasers any more !
Luckily, after a while the went away and I could continue my activation.
Not a bad result in the end, with 18 QSO's in the log, and 3 S2S.
It was time for the third summit ... 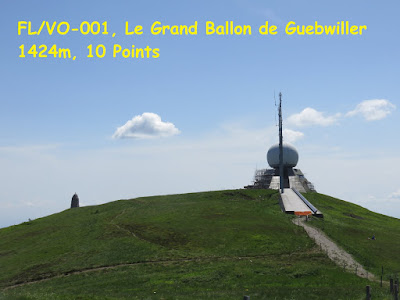 And same story as on the previous one ... much better weather than last year, when I was on the summit but could not possibly set up an antenna.
There was another small problem though, the shortest path to the summit was blocked !
Being hams ... we know a solution to that , see pictures below ;-) 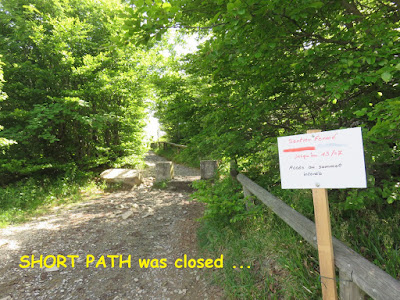 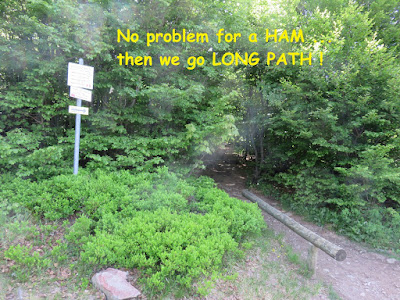 To avoid the wind, I set up my station at the "stone field" near the summit, which is still in the AZ.
Only 14 QSO's here, all on 40m CW. 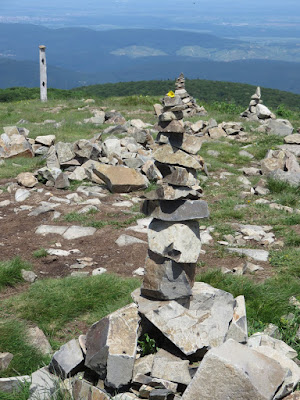 But just for fun, being on the highest summit in FL/VO after all ... I took my FT1D and called cq on 2m FM. After a while , I did get one call back, from a mobile station.
It turned out to be Jean-Bernard, F4EOH. We had a nice qso, and he told me he was on his way to Friedrichshafen, and he had a stand in hall A3. I went to visit him a few days later ... see report on Day 4.

After this I had one more summit on my list ... 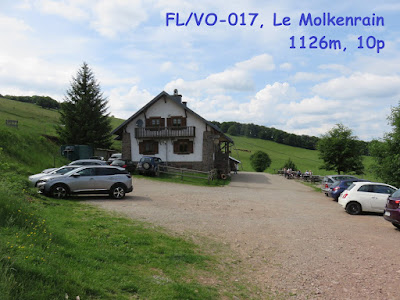 Parking is easy at the Ferme Auberge du Molkenrain, at position 47.853331, 7.135684
I took the shorter track by HB9DIZ, which is on the SMP. It starts right in front of the cars on the left in the picture above. 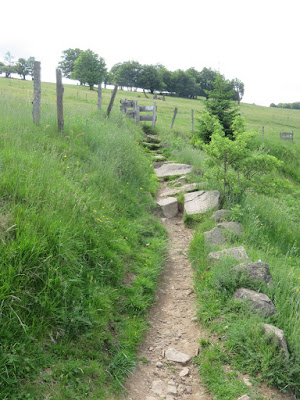 Don't walk towards the radio towers, the summit is the other way ... 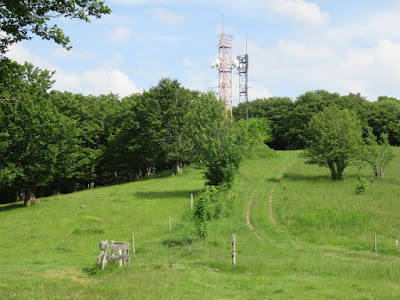 With a nice 22°C , I enjoyed the short 10' walk to the summit, and set up under a tree near the pile of stones which mark the summit. 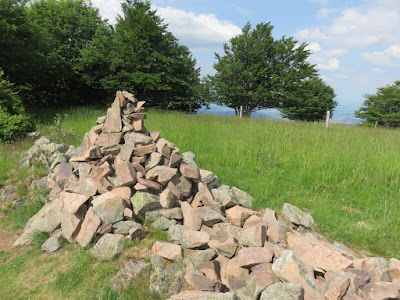 From this one, you have a nice view of FL/VO-001 with it's typical radar-dome. 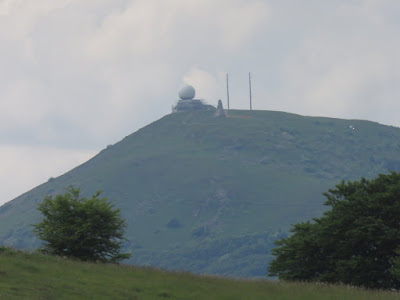 Go back to overview HERE