This is a fairly easy summit, located in the village of Son Servera, in the North-East of Mallorca.
I had the chance to do another first activation here.

A man walking his dog told me to take the path to the left because it was a paved rain gutter, and he was right. Walking this path was much easier than taking the dirt track running parallel to the gutter.
After a while the gutter ends, and from there, there is only one path to the top.
Following a couple of "stone man" indicators, the summit (pos 39.614869, 3.352544) was reached after less than 20 minutes.


There were a couple of radio towers on the summit, with solar panels providing the power. I had a lot of noise on all bands, and I suppose it came from the solar panel regulators, so try to set up as far from the towers as you can.

Despite all the noise, I managed to make 31 QSO's ... mission accomplished ! 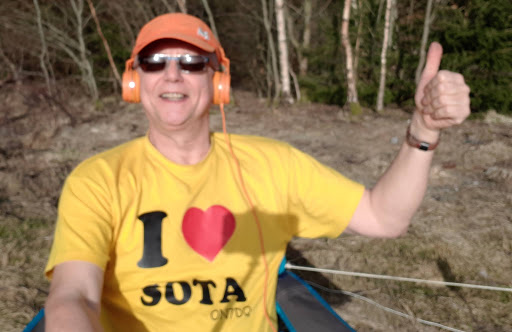