After staying with the friendly Zumba teacher in Santa Brígida for one week, it was time to move on to my next stop in Gáldar, where I stayed 5 nights, with another friendly lady and her friend.

The road brings you all along the north coast of Gran Canaria, and I stopped at a few places to enjoy the view over the (rough) seas ... but then it was time to focus again : SOTA time ! 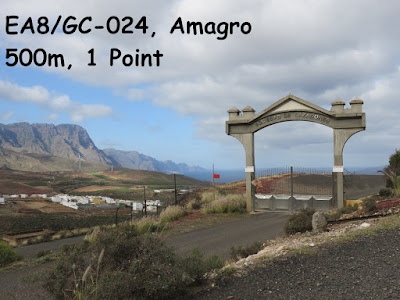 At the ruins, the track is indicated with white arrows, and goes steadily up in easterly direction.
At some point the track descends for a while, then goes up again.
NOTE : this track is not on OSM or OT. 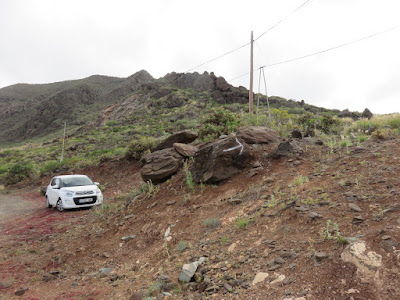 The last and steepest part takes you North to the ridge between the two high points on the summit, the one you need is taking a right turn, this is Amagro (500m, 496m on OSM), the other point is called Alto de los Mojones (502m on OSM), it is a bit confusing, but doesn't matter much, both peaks are in the AZ anyway.
My track on SMP is not complete, but the last part is easily followed on OSM or OT.
https://www.sotamaps.org/tracks/summit/EA8/GC-024

I reached the summit in 45 minutes, descent was only 30 minutes. 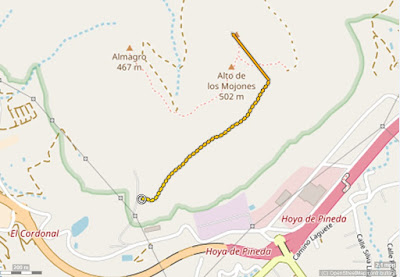 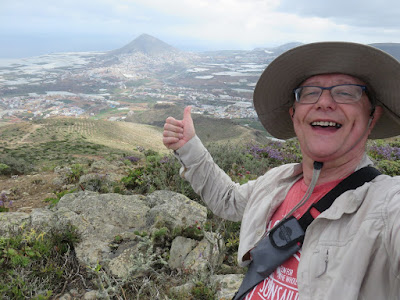 In the distance is Pico de Gáldar, my next summit ! 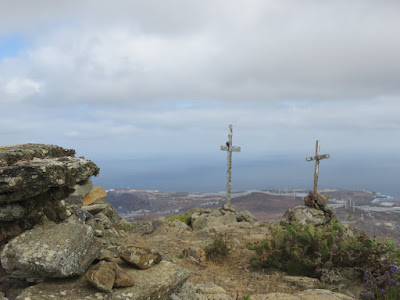 You'll know you're right if you reach the crosses, which were once fully covered with mirriors.
A lot of the pieces of mirror have now fallen off.
Nearby is a nice  pile of rock to use as a "shack" ! 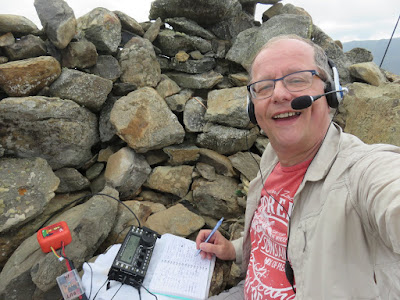