After my winter tour, my SOTA backpack was still packed, and the weather prediction looked perfect for Thursday March 16.
Since my previous tour had brought me to 397 activator points ... 400 seemed like a nice number within reach ...
I had seen that since the reorganisation of the French “low summits” (association FL), some new summits had been added, and had not yet been activated !
So this was my chance, and my decision was quickly made … I packed all my stuff and I left home at 5:45 UTC, arriving at my first summit near the city of Boulogne, at 7:00 UTC precisely. 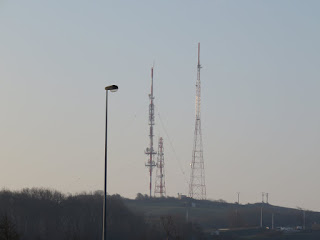 You can park at the gate to the transmitter site (there are three towers !), and you can operate from there too (there are two bunkers on the top which would make nice operating spots, but access is forbidden).
I got company from two workers who came to do some maintenance on one of the towers, they were friendly and I had a little chat with them. 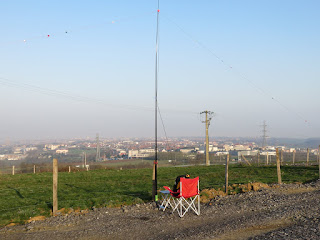 There was a cold wind, so I quickly fixed my fishing pole and link-dipole to the barbed wire fence and started calling cq on 40m SSB … but my cellphone couldn’t get a connection, so I couldn’t selfspot, and I turned to 40m CW. As I found out later, spotting through RBN didn’t work either, the FL/NO prefix is not yet recognized, and so spots don’t make it to the sotawatch site.
To make things worse, there was some rattling noise in my receiver, every 5 minutes or so , I guess not from the transmitters (which include UHF DVB-T or "TNT" as the French call it), but maybe from a cooling system kicking in ... 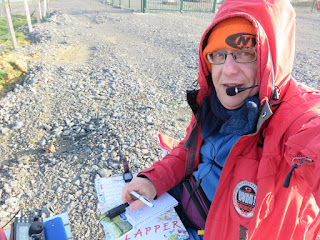 So with a lot of trouble I managed to log 4 contacts, but because of the wind, I gave up after those 4 contacts, and went to the next summit. 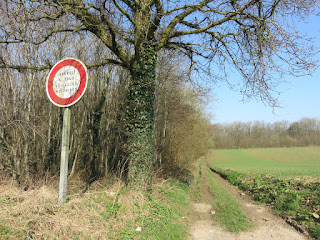 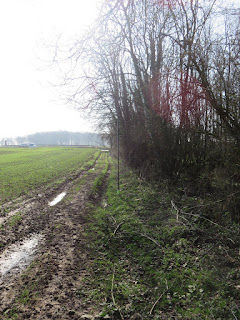 At the time of my activation this track was very muddy, but I was sitting in a very quiet spot at the entry to the woods. Made 9 qso’s in CW, including a S2S with DF7FX/P.

I arrived at this summit around 10:15 UTC.
This is the former summit Mont Gasard (old reference F/NO-123, 145 m).
The new summit is a 27 meters higher than the previous one, but actually it is much easier to activate. You will have wonderful views while driving up (I came from the south)
I used these coordinates for my GPS : 50.795411, 1.970949
From that position, there is a dirt track going to a white house, then turning right and going through a farm. I took this track to the point where a big sign says "PROPRIETE PRIVEE".

I operated at a nice spot under a tree, made 9 qso’s , again mostly in CW, and also had my picknick, sitting nicely in the sun … 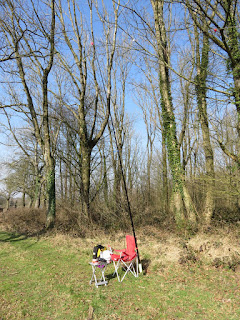 There were intimidating signs along the track, telling that this is a shooting range ... so if you don't want to get shot (hi) ... you can as well park and operate along the road; right accros the farm is one nice spot , or a bit south of the farm, along the Route du Val, is another one, all well within the AZ.

Since this summit is closest to my home (Ostend in Belgium) , I have activated it several times before. It is an easy drive-up summit. There is a parking space at the monument on the summit, at this location : 50.801363, 2.485115 , but not all GPS will guide you correctly to it. If you can’t get there, put your GPS to "Place du General Vandamme" at first.
If you like a little walk you can park on the square, it's only 100m to the summit.
OR you can drive all the way to the top, the narrow road you need is in the Southeast corner , is called Rue Saint-Nicolas, and passes by Estaminet 't Kasteelhof. Drive until you can no further and park by the monument. 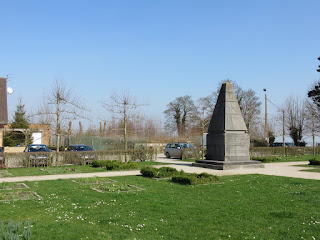 You can operate on the grass field by the monument, another nice spot is by the windmill, it's still a little higher too ;-)
If you have the time, you can make a nice walk from the summit to the castle, or to the market place , where you find some nice restaurants. 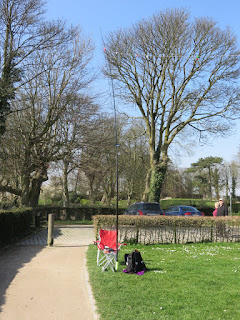 I made 12 qso’s on the summit, thanks to some help from Ed, DD5LP who spotted me.
(the only spots that did work were those that were directly put in at the sotawatch site, as I found out after my tour).
Since I had a nice operating spot in the sun, I thought it was time to test my PSK setup again.
But like the previous test (see ON7DQ SOTA Winter Tour on this blog), the only one that came back to my cq was … Christos, SV2OXS ! 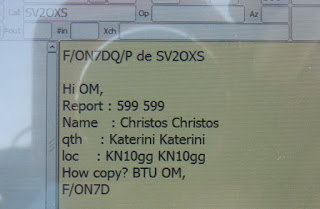 I wasn’t expecting too many other callers, so I went on to my last summit, another first activation …

This will bring you to the "Gite Du Mont Des Cats", where you can park.

Across is a large grass field where you can set up and operate in the view of the 200m high transmitting tower. Enjoy ! 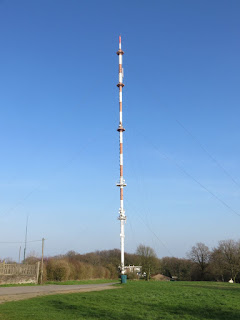 Be careful of what your GPS is telling you to drive when leaving the summit, there are a couple of very steep and narrow roads you want to avoid ... don’t ask me how I know ;-) 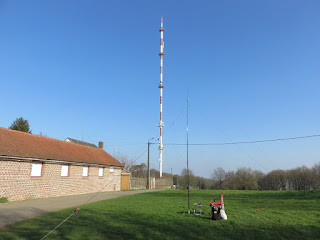 After a good run of 18 qso’s (without spotting !) I left the summit and headed home .. tired but satisfied as they say …

On the way home I had a well earned dinner at the Pizza Pai in Auchan, Dunkirk ... mmm 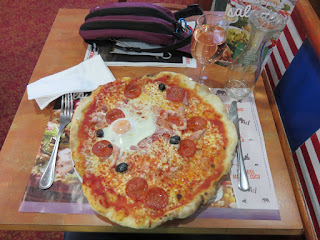