This is a short description of what I built for using digimodes on my Elecraft KX3.
It's not a final building project, there is no PCB ... you're invited to experiment yourself with what works for you, but I may give you some ideas to get you started.

My main purpose was to use this for SOTA activations in digimodes (mainly PSK31 and RTTY).
Of course you can operate PSK on the KX3 by reading received text on the 8 character decoder in the VFO B area, and sending back your reply with the CW paddle.
I did try that on one activation, but I can assure you, it is not the most flexible way of operating, so there had to be a better way.

It all started with reading on the SOTA reflector about a cheap Linx 7" tablet running a full Windows 8 install, and it seemed to have a 4-pin audio connector, so audio IN and OUT.
Those were two things my good old Nexus 7 (2012 edition) lacked : running Windows programs like  FLDIGI, and audio input.
So I got me one of those tablets for 99€ in a local electronics supermarket, where it was sold under the brand name Lamina.
In the meantime you can get them much cheaper, and probably with better specs (more memory, faster CPU etc), but it seems they only have an 8" and a 10" version on the market now.
See http://linxtablets.com/

Now I needed an interface !

I based my interface loosely on this circuit :

Since the KX3 can use VOX in the DATA A mode , I didn't need a PTT circuit, just two transformers, some resistors and capacitors and that should be it.
I finally ended up with this much simpler circuit :

The transformers are 1:1 , the type you find in old computer modem boards.
Right angle 4-pin connectors were difficult to find locally, so I just ordered some ready made shielded cables from Ebay, and cut those in two. The straight connector is used at the tablet, the right angle one is for the MIC input on the KX3. Also the Phone connector has a right angle connector, but with only 3 pins.

The connection convention for most tablets and phones is this :
(Google TRRS for more info)

One thing I have been struggling with was the fact that the tablet wouldn't recognize something being connected to the MIC input, and would keep using the built in microphone.
So it is essential that you put a resistor on the MIC connection to the tablet !
I used 10k, another value may work for your phone/tablet ... experiment !
Other resistors are "selected in test" ... just pick whatever you need to obtain acceptable levels in & out. Remember that the KX3 has no separate DATA connector, so we're using the MIC and PHONE connectors, and the levels will depend on your MIC gain and volume settings.

The output of my interface is a female 5-pin DIN connector because I also have cables from this DIN connector to other rigs. This way I can also use the interface e.g. on a Kenwood THF7E, which also has built-in VOX. The 5-pin DIN is wired according to the "BayCom" standard (but I don't use the PTT line) : 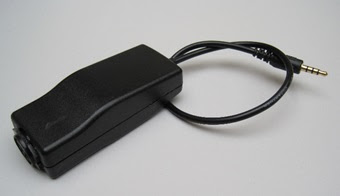 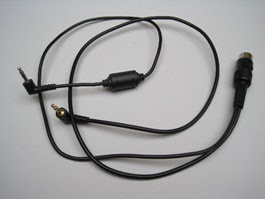 Operating the tablet with FLDIGI is not so easy, it takes some practice if you have only the touch screen. I did my first test with a small wireless keyboard and touchpad, and it worked ! 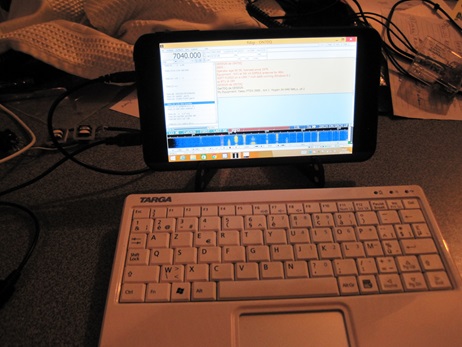 Later, I found out that you can enlarge the Macro-buttons in FLDIGI, by going to Configure > User Interface , and then on the tab Macros you will find Button Height. Put that on maximum (66) and the macros are much easier to use.